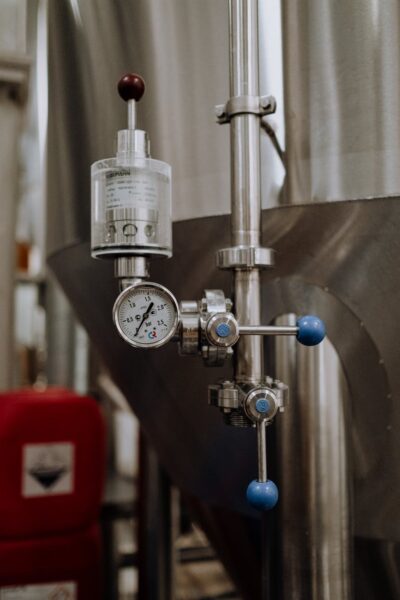 There’s a trending not-so-new category of super-yeasts in town, and if you haven’t tasted or brewed with them yet, you likely will soon. Called kveik (kuh-vike), they hail from Norway, and their fans say that almost anything your yeast can do, kveik yeast can probably do better.
Why Use Kveik Farmhouse Yeast Strains?
“For the brewer it’s awesome, because it ferments fast and hot, yet so clean you can make most ordinary beer styles with it. The beer doesn’t need to mature very long, either, so you can go from pitch to selling in a week,” says Lars Marius Garshol, a writer who has acquired a cult following in the United States for collecting and promoting 40 kveik yeast cultures he’s found on family farms across Norway.
“For normal people,” Garshol says, “it’s awesome because of this back story of a super-yeast surviving ‘hidden’ in western Norway, passed on from father to son for untold generations.”
Save Time By Fermenting with Kveik
In total, about 100 single- and mixed-strain kveik cultures are sold commercially around the world. These literal farmhouse yeasts—which tend to give off fruity flavors and lend themselves nicely to a vast array of styles, and particularly to NEIPAs—have been documented fermenting at temperatures as high as 107°F (42°C) without any unwanted off-flavors from fermenting too hot, as witnessed by Garshol, Chicago-based Omega Yeast, and others. Because they can ferment so hot, they can also ferment fast—really fast.
As Garshol says, brewers using kveik have cut their fermentation time in half—from two weeks down to one—and he reports watching a dried and dormant strain start visibly fermenting within 30 minutes.
Chicago-based Omega Yeast first brought Garshol’s kveik yeast cultures to this country and currently sells five variations. Laura Burns, Omega’s director of research and development, explains that the high heat jumpstarts the chemical reactions in fermentation.
“Why kveik fermentations occur very fast at higher temperature ranges is a similar notion as why lager fermentations occur slowly at lower temperature ranges,” Burns says. “In general, enzymatic reactions will be faster at high and slower at low temperatures.” Omega recommends fermenting between 83-98°F (28-37°C), a range at which the yeast strains show their peak growth rates and performance.
It goes without saying that a faster ferment means a more efficient ferment. That, of course, means quicker tank turnover for you.
The Challenges of Fermenting with Kveik
Unfortunately, a speedy fermentation also carries the risk that things can go south more quickly than you may be used to. Plus, you’ll have to remain vigilant if you want to collect data to set benchmarks for future kveik recipes.
So, while you might check your fermentation once or twice a day when brewing with a standard yeast, you’ll likely find you need to pull your kveik samples much more often.
Tags: Ferment, Kveik, Omega, Yeast